It may start with food...

My doc wanted me to have a 6-mo follow-up glucose test and mammogram, and those happened yesterday. I wanted to do them both in one visit, so was up super early on my day off to make it happen!

Blood was drawn by 7 a.m. and I had an email around 8:00 alerting me that the results had been posted. I love that!!

What I didn't love were the results.

Now, in my personal, very humble and utterly non-medical opinion, my initial reading of 106, while technically in the prediabetes range, was not too far off the mark (the high end of "normal" being 100, the point of no return 126). I didn't think there was cause for freaking out, but I did start to watch what I ate -- at least be aware -- and, particularly, to be more aware of the hidden sugars in the foods I ate.

Eventually, as established, I implemented a huge change in my diet a couple of months ago wherein sugar, dairy, and all grains were banished... except for that drip of half & half and few grains of sugar in my coffee every morning, and a few sweet treats when we were on vacation. I also buy and cook "real," "whole" food and rarely buy anything processed. The only cans I've opened are sardines, salmon, olives, and artichoke hearts.

It may seem extreme to some, but I feel that I am thriving. I feel great and it's actually super easy -- I can just ignore about 90% of the grocery store every time I walk in. I've been making more use of a local food business that specializes in "local" -- I place an order for eggs, meats (everything from free-range chickens to elk and bison, to uncured bacon), seasonal produce, butter and pick it up a few days later. Phenomenal and I hope they grow and grow!

Anyway, I have seen some amazing changes in my body -- some big, some small, all huge:

I was looking forward to yesterday's re-test, fully expecting the results to be stellar -- gold-star worthy -- and so was pretty disappointed in 103. I don't know if the call from the nurse later in the day to follow-up was truly sanctimonious, or if that was just me... Whatever.

If there'd been chips in the house, I'd have eaten them... maybe. There's chocolate, and I unwrapped it, stared at a square of it for a few minutes, and then put it back. I've done better than ever so far this month, and just couldn't blow it -- not in anger and frustration. When I indulge in chocolate again, it's going to be for a good reason and I will enjoy it!

That, right there, says a lot about where I am and how far I've come. 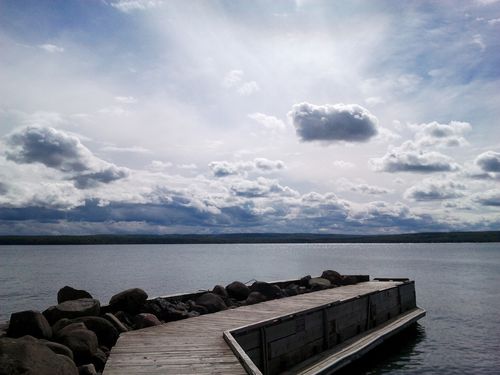 And, as I've been told, a reduction is a reduction. I've just got to keep at it... and now that the food part is getting easier, it's time to ramp up the physical activity.

Also, the results of the follow-up mammo were in my email box this morning and it's all good! There have been no changes and, well, yay!

FYI: We're coming alarmingly close to the 20,000th comment on this little blog! There'll likely be fireworks... or at least prizes.

Congratulations are in order for ever part of this post! Do not discount your gains, cross that out, losses in anyway!! You're doing well. It truly is ALL good.
Congrats on the blog milestone, too!

It's a blip. It takes time for those things to show up in the blood tests. Now that you've shed some weight and made huge strides in some of the physical issues the pace will likely pick. For me, exercise changed my numbers almost more than dietary changes. Awesome job on putting the chocolate down in a very well-reasoned manner. The numbers may not reflect it yet, but you've come a long way baby!!! Keep up the awesome work!

Sorry that one number was not what you were hoping for. But, I've been following along with your posts, and it's very clear that you FEEL healthier. I believe that feeling reflects reality and that these "other" numbers are lagging indicators and will catch up with reality. It's wonderful to read about how good you're feeling.
You go girl!

So happy to read how happy you feel with a new regimen. Hooray for good health!

Sounds to me like you are doing good on the health front so one stupid number shouldn't bug you too much and this one is even closer to the 100 than the other so it is going to the right direction!

A drop is a drop and a win is a win...right? Yay you! All of the things you have mentioned are all positive changes in your life which is fantabulous!

That 103 number reflects your blood sugar values for the past three months. I'm assuming that three months ago, the reading would be higher than it was today. So you are definitely headed in the right direction.

wow! i salute you for all the healthy changes you have made. i'm a PWDt2 and have been for...well, can't remember how long. the best i've been able to do is go for maybe 6-8 months without soda. i just haven't been able to break my sugar/carb addiction. you are an inspiration! hang in and don't get discouraged!
blessings
~*~

I'm sorry the number wasn't what you hoped for but I think how you feel is way more important at this point. It went down and I bet it will continue to go down. And yay for not succumbing to the chocolate temptation! I had my cholesterol checked the other day and my numbers went way down and I was thrilled. I hope that will be your experience next time you get checked! In the meantime, keep doing what you're doing because you are awesome.

Congratulations! May I suggest you put to use some of those skills you have learned in knitting? Like how long it can take to get (make) something you really want? And how sometimes you just have to recommit to it? And how perserverence wins out! And how glad you are (will be) to achieve what might have seemed impossible at the beginning? You have everything it takes!

Way to go You! I echo the comments--celebrate the wins, and I certainly would count the 28 lbs! You have made great changes in what you are doing and, more important and long-lasting, what you are thinking. Congratulations!

It sounds like this plan is working for you in so many ways. The numbers may take time to catch up. Keep up the awesome and focused work!

Congratulations on maintaining your healthy choices! Maintaining a healthy diet in the long run is the key to so many health issues. Good luck, and happy knitting!

You're feeling better and looking better! And even though you wanted more of a change in that silly number, it -did- go down. I'm sure the magic numbers will continue to improve.

Your improvements are more an indication of your success than a lab number. Especially if that was just a fasting blood sugar. did they do an A1C? Don't be discouraged. The number will catch up to your progress, it just takes a while. I'm getting motivated by following your results. Who knows what lurks for me? Happy yarn Day!

I am on day 11 of paleo eating and I am liking it. I'm hoping it helps me with some of my medical issues, although my labs have all been "good" and I want to keep them that way. Both of my parents are on so many meds... it's scary.

Go Vicki. Sounds like things are working for you.
I love ignoring most of the grocery store. It's astonishing how many things are absolute filler junk and not food at all. Interesting how less dry your skin is. I wouldn't have guessed that one. It all sounds good to me.

It is frustrating when we expect to see more change and don't. That said, some of those numbers move at a rather slow pace, and all your listed indicators are on a good trend. Way to be disciplined in such a frustrating moment. That can be so empowering. Keep doing what you're doing and you'll continue to be happier than if you don't. Thank goodness yarn is calorie-free - unless maybe you're snacking on it for fiber. ;^)

I firmly believe it's all in how you feel...not the numbers on a page!!
Job well done! Keep it up!

You are my hero and are helping to encourage others to a more healthier life. It IS a reduction and the fact there are more positive indications in other areas make the number not so important. I really enjoy following you on this journey.

You have made such progress! Would you have thought six months ago that you could feel the way you do now? I am pretty sure I would not have imagined all the "little" (but not) happy changes you're experiencing. Go you!!!

I'm at a plateau right now. I'm quite happy with the progress I've made but need to make a few more adjustments. :D

I'm obviously working my way back through missed posts, so this definitely isn't as relevant and "à propos" as it might have been... but I just wanted to say "Hang in there". Yes, the numbers still need work, but trust your body and remember how fabulous and positive you've been feeling. That'll help you through the next patch.