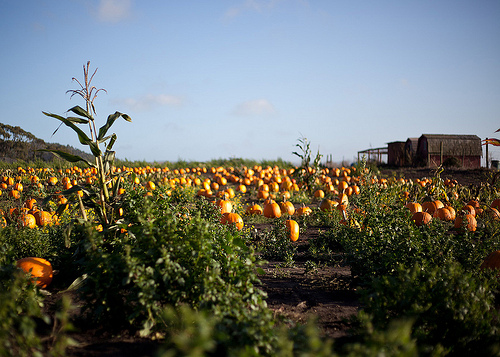 1. Pie, of course. I roasted up a pie pumpkin on Saturday and when I returned home from the game on Sunday there was a fresh pumpkin pie!

2. Bread. I haven't made any this year (actually, in years), but maybe tomorrow.

3. Pumpkin lasagna. Let's hope I can find this recipe again -- I know I had it once, and an online search didn't turn up what I was looking for. It's meatless and doesn't use pasta -- the partially cooked pumpkin (and/or squash) is sliced and used as "lasagna noodles." Oh, so yum.

4. Pumpkin soup, though I've never actually made pumpkin soup. On Saturday, "I made the best soup," with roasted veggies -- butternut squash and carrots among them, and pumpkin would definitely work! It was Kale & Roasted Vegetable Soup; my mods being that I used almost double the carrots, and a whole squash, maybe 2 cups of water in addition to a large container of veggie broth, and 2 cans of beans. It was hearty, maybe more stew than soup, but not super-thick. Oh, so yum.

5. Pumpkin seeds. Pie pumpkins have the best, most flavorful seeds for roasting. We are now officially pumpkin seeds snobs. Heh. I drizzle with just a bit of oil, sprinkle with sea salt, and roast at 350F 'til they're done -- stirring and checking every 5 minutes until it's close and then every 2 or so. 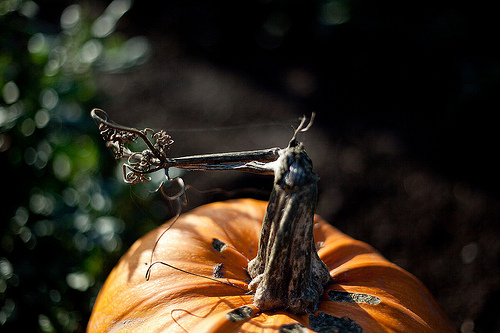 6, 7, 8, 9, 10. I guess I need to expand my horizons because that's about it for my pumpkin repertoire! It's times like these when Ten on Tuesday really comes in handy.

I had my hair cut on Friday after work. At least six inches lopped off in the back, but the front looks pretty much the same so no one is noticing much. Which is fine. I feel like I have a little secret. No photos yet. It feels great! I don't have curly hair, but it has body and waves, and it just feels fun. I can still pull it back into a wee ponytail when I need to (more important than it should be)!

I did some dyeing over the weekend, though not as much as planned. Prep took longer than intended -- measuring, winding, oops, re-winding the yarn -- and by the time it went in to soak late on Saturday, I was out of gas and just left it overnight. I figured out my method and did the deed on Sunday morning; I'm not thrilled and it'll probably get hit with some more dye tomorrow. 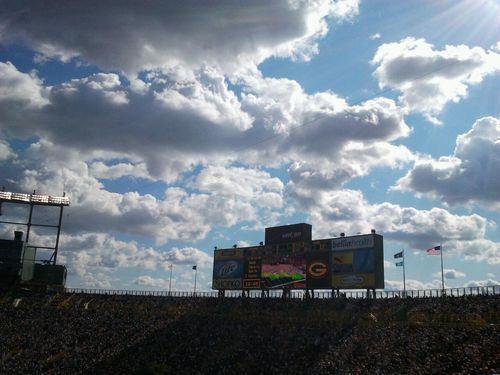 I ended up at Lambeau Field for the football game on Sunday -- VERY last minute, but loads of fun, and what a gorgeous day! It was windy, but we were protected for the most part.

I finished some knitting -- another buttoned cowl with the other walnut-dyed yarn. It's washed and blocked, waiting for me to go hunting for buttons!

8. I forgot about the mini Pumpkin Kringle at lunch today (new & fresh at the coffee shop)!

How about Pumpkin Beer? Its best with cinnamon and sugar on the rim of the beer glass.

Definitely pie! And I use to make pumpkin bread. Martha Stewart had a good recipe, but I haven't made it in years. I am intrigued by the pumpkin lasagna. Please share when you find the recipe.

I still haven't roasted my pumpkin, but I have the next three days off so it may get done! Also, a friend has more tomatoes! I haven't seen them but there could be more sauce. This fall has been so beautiful and I'm happy it's extended to your part of the world, too.

I haven't done pumpkin bread yet this year either. Though I've done two batches of pumpkin molasses muffins and I could totally turn around and bake another batch today :-) It is my new obsession, LOL!

Awww - I love pumpkin patches. Thanks for taking us along on your trip.

Wow, the pumpkins in your first picture sure stand out! And how are they all standing up so nice and pretty? Very cool.

Oh, so much YUM out there today. What a fun fall you're having! And, for the most part, the weather is cooperating. :-)

Those are really lovely pumpkin pictures.

What is the trick for getting the pumpkin seeds clean enough to roast? I always have trouble getting the goo off the seeds. Which reminds me, I have 13 pumpkins waiting to be steamed and put in the freezer. Hate the job, love the results.